skip to main | skip to sidebar

Looks like D-Wave has a developer kit setup for Python, as outlined in this tutorial on their site: http://www.dwavesys.com/en/dev-tutorial-finance.html. Looks like they realized the same thing I did: to really be applicable for the commercial environment quantum computers need to be programmed via frameworks and not new quantum specific languages.

When I started work on Cove I actually started doing the implementation in both Python and C#. I quickly realized that was creating a lot of unnecessary work for myself and quickly abandoned the Python implementation. My reason for settling on C# was largely that the libraries could be used by multiple languages. However, I still think Python is a great candidate- Python's readability and simple learning curve make it a natural choice.
Posted by Matt Purkeypile at 20:41 1 comment:

Quantum chip out of Bristol

They've made some recent progress at Bristol University, making a small quantum chip. Some articles:

Q & A with Seth Lloyd

Here's a short question and answer with Seth Lloyd of MIT in Popular Science. As one would expect, this is more of a primer being in PopSci.
Posted by Matt Purkeypile at 20:50 No comments:

Caltech awarded $12.6 million for new Institute for Quantum Information and Matter.
Posted by Matt Purkeypile at 21:11 No comments:

Email ThisBlogThis!Share to TwitterShare to FacebookShare to Pinterest
Labels: Caltech 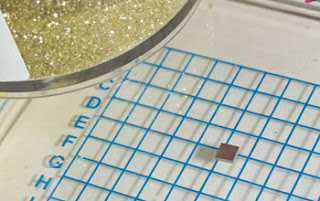 More progress, from the National Science Foundation: Tiny crystal towers enlighten understanding of photon emission, could inspire diamond microchips for quantum computing. (Image from the release.)
Posted by Matt Purkeypile at 21:07 No comments:

Maintaining Entanglement for an Hour 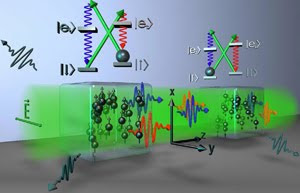 Maintaining quantum states for any length of time is one of the big challenges in quantum computing. So this news about maintaining entanglement for an hour is encouraging. (Image from the article.)

Posted by Matt Purkeypile at 09:22 No comments:

Some progress towards suppressing decoherence, a major stumbling block towards physical implementations of quantum computers.
Posted by Matt Purkeypile at 19:40 No comments: